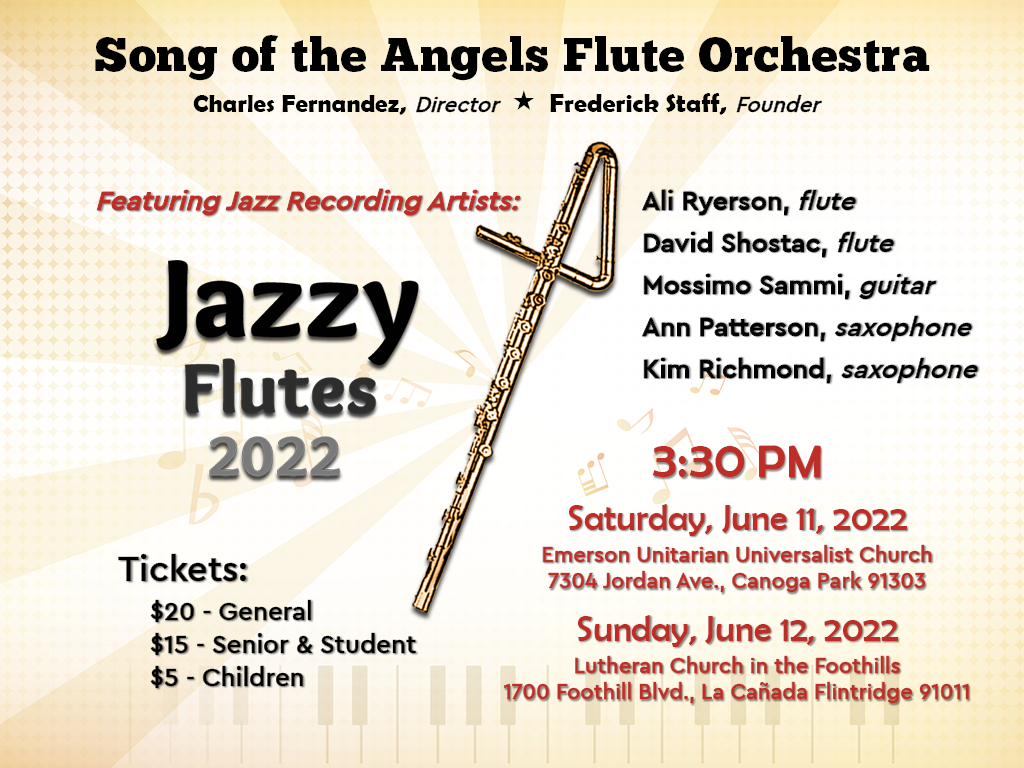 The group performs six to ten concerts per season in the Los Angeles area and has been traveling to the San Diego area in pre-pandemic years for a February concert. Their performances include classical, jazz, and international pieces. The ensemble is often joined by well-known soloists such as the now retired LA Chamber Orchestra’s principal flutist David Shostac, jazz flutist Ali Ryerson and Fred Selden, plus operatic tenor Egan Connor Carrol along with other friends.

As part of the flute orchestra’s outreach to developing artists, the group welcomes local flutists of all ages and abilities from the audience to participate in performing the closing piece for each concert. The group has enjoys performing occasionally at local schools to help and inspire budding musicians.

The SOA Flute Orchestra is always on the lookout for new talent and support individuals to enhance the group.  If you are interested in becoming be a part of the orchestra, please use the contact us form! Song of the Angels Flute Orchestra is a 501(c)(3) tax-exempt organization. All contributions are tax deductible to the extent allowed by law.

Thank you for visiting the Song of the Angels Flute Orchestra online presence.