THURSDAY 8/1
Inspired by Nature: An Evening of Music and Art
In a rare performance outside of California, the Song of Angels (SOA) Flute Orchestra presents a concert complementing original paintings by world-renowned wildlife artist Carel Pieter Brest van Kempen (his “Hippopotamus & Nile Softshells” is pictured). Los Angeles-based SOA is the only flute ensemble in the world with a low flute section that includes a double contrabass flute, one of only four in existence. As the lowest pitched metal flute in the world, this instrument has the ability to bring a soft lilting, as well as more powerful tones.

Under the baton of Charles Fernandez, the concert features soloists Michelle Brest van Kempen on flute and tenor Egan C. Carroll. Along with audience favorites, the program features two world premieres: “Forest Stories” by Charles Fernandez and “Land of the Arctic Fire” by Jonathan Cohen.

Exploring the rich variety of nature, Brest van Kempen’s paintings offer visual storytelling. “I deeply appreciate the amazing detail of wildlife Carel exhibits in his work,” Merlin Tuttle, founder of Bat Conservation International, says. “I had to look twice at several of his works to be sure they were not photographs.”

A tranquil finale to a summer day, minus the sizzling heat, this special combo of music and art is a chance to get lost in the many moods of the flute while immersed in nature. “As the poet captures the beauty of life in his golden words which seem to stop time,” SOA founder Frederick Staff says, “Song of the Angels Flute Orchestra seeks to bring healing and beauty to a suffering world.” (Colette A. Finney) 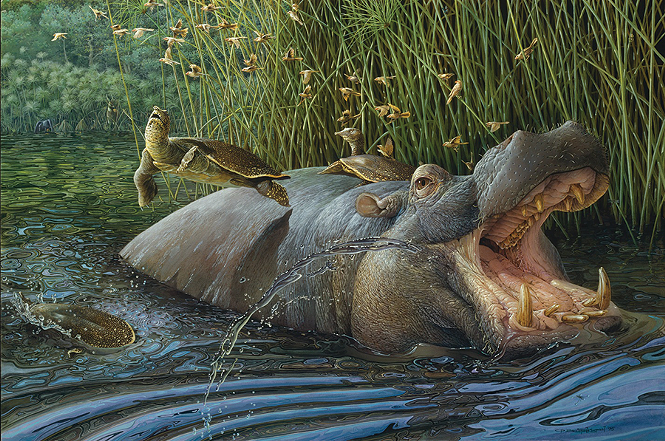